Skip to content
COEUR d’ALENE — When Brad Corkill talks about a .......

COEUR d’ALENE — When Brad Corkill talks about a camper in Ovando, Mont., recently killed by a grizzly bear, he wants people to understand something.

“This was not in the wilderness, not in some high mountain camp,” he said.

It was in a small, western Montana town, frequented by visitors, a place where fishing and hiking are popular and where Highway 200 runs right through it.

“The point that needs to be made, populations are increasing and habitat is shrinking,” Corkill said. “These kind of encounters are going to become more and more frequent.”

Then, he adds, “It’s going to be the same thing with wolves.”

But even leaving that post this year, he still worries about what could happen to the state’s wolf population with the passage of Senate Bill 1211, which increases the season on wolves and the ways they can be killed.

Corkill, who lives in Rose Lake, said in a previous interview with The Press he didn’t think “that the parties involved in this gave it the time and the consideration that it so richly deserves.

“I feel that it’s possible the consequences of this bill could be very counterproductive to its stated purpose,” he said. 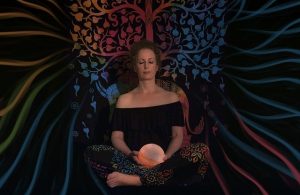